A friend asked me to put on a new cutting edge on his combo. I ordered a bolt on thinking I could just blow some holes in his bucket and bolt it up. I hung it on the bucket and noticed it will have to be welded to fill in the gap in front and because I do not have a flat surface to work with.

What would be the best way to do this? There was no replaceable blade on it, just the welded on bucket edge. Would you remove some of the bucket edge and build up a “ramp” with weld? I am pretty sure the absolute correct way would be to cut out/off the welded on bucket edge, replace and weld in new, and then bolt on the cutting edge. However this machine is old, not used very much and will not outlast this new edge. So I would like to do it nice with what I have because I don’t think he wants to put any more money into this project. He has been using the bucket like that for the past 13 years I’ve known him. Any suggestions from some of the heavy equipment guys here? new cutting edge 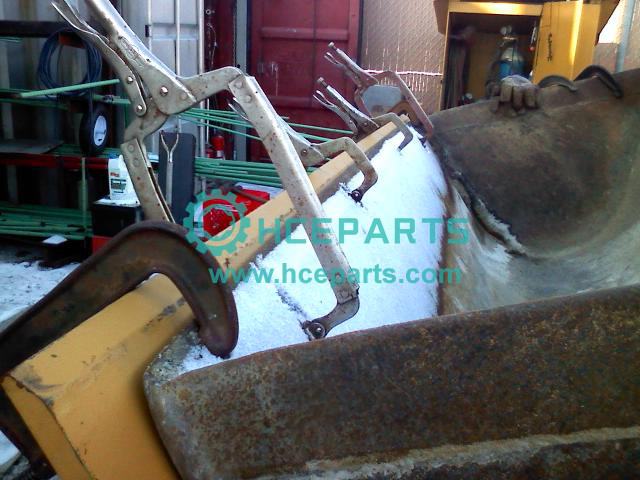 Thats definitely not the right edge for that bucket from what I can see. I’d guess that edge was for a much larger bucket than the one shown.

The big gap in the rear will cause you nothing but head aches the way you have it mounted right now. If you back drag with the bucket you will force dirt between the old edge and the new one with that big overhang if it’s not cut down and welded solid. I also notice what looks like a good sized crack in the right side where the old edge meets the bucket.

Honestly it looks like that old edge should have been dealt with MUCH sooner. I’d be real tempted to chop out the old edge and weld that new one in from scratch. Also I might be tempted to chop down that bolt on edge to shorten it up if you can’t return and exchange it. The place we use for teeth and edges is usually real good about swapping out wrong items as long as they are new/unused, and not special order. 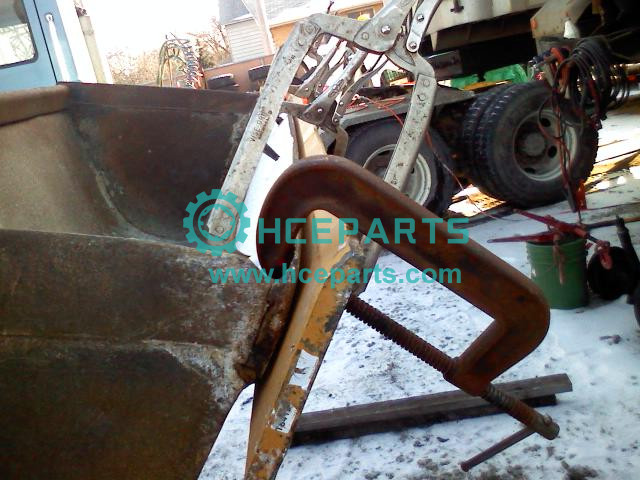 Ya know DSW, the machine is old and I had a hard time finding something for it. It is a Ford and the New Holland dealer wasn’t much help and VERY expensive. I found a JD dealer who stocks alot of these and sells them pretty reasonable. Yeah it should have been looked at LONG ago but it wasn’t and here is what I have to work with. I know the new edge is too wide so I will have to cut some off the side/sides. You think I should cut some of the back off so it is flush? At least get rid of the beveled edge? I was worried about back dragging but also the gap in front. I know packed in material can play he!! on a bucket, not to mention if he starts prying on something with the edge. I dont think I can totally cut out the existing edge because I can’t picture the new one fitting very well. Would you maybe cut the existing back maybe an inch or two so I can feather it or build up a ramp with weld?

Cut out the old edge, fit the new one in so it is fairly flush with the inside of the bucket & weld it solid.

Newly remodeled bucket will out last the machine it’s attached to.

I’ve never done any heavy equipment (just prefacing here). However, I would say if you want to use that edge, pull out the OA of the plasma, cut it in half or so length wise, cut it down to width, cut out the old edge (as said previously, cut back further past the weld if necessary) and weld it nicely onto the bucket as a full replacement instead of attached to the existing (and very worn out) edge. 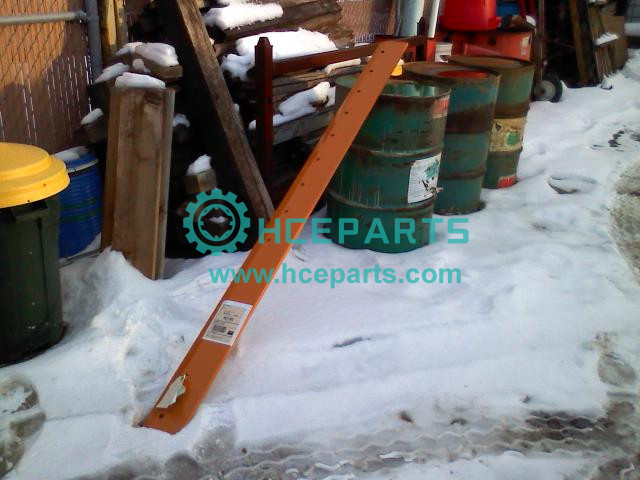 weve got a thermadyne arc air somethin or other at work…. i LOVE using it. i can gouge out old or broken welds quicker and cleaner with it than any other tool ive ever used. very little grinding or dress up required. our concrete breakers have a 2x3x12 T1 foot on the bottom of a 1200 pound block of mild steel. can gouge one of those off in a few minutes. 120 psi of air and 400 amps on a 1/4 rod will send a beautiful fountain of liquid metal about 12 feet. glad you like it, looks good