Through the observation of the casting surface, the transverse crack was found not far below the cavity hole of the bucket tooth. The crack section is oxidized seriously, without metallic luster, the crack shape is zigzag and irregular, and the crack width on the surface of the casting is large, showing tearing shape. Therefore, it can be concluded that the crack is essentially a hot crack. 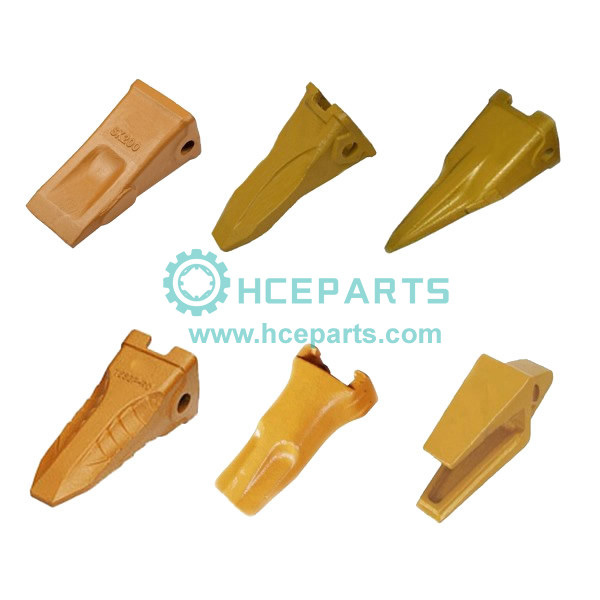 The hot crack occurs during solidification and the casting is in plastic deformation state. The molten metal solidifies from the surface of the casting under the heat transfer of the mold wall, a large number of dendrites appear and form a complete framework, producing solid shrinkage. At this time, there is a layer of film between the dendrites that has not yet solidified. If the solidification of the casting is not hindered, i.e. the dendrite is not affected by the force, the bucket tooth casting shrinks freely and the internal stress gradually occurs. If the shrinkage of the dendrite layer is hindered by the mold and core, and the shrinkage of the dendrite layer is affected by the tensile force, then the tensile stress appears in the dendrite layer.

When the tensile stress exceeds the liquid film strength limit, the dendrites will be pulled apart. If there is enough liquid metal around to flow into the crack in time, the casting will not produce hot cracks, otherwise hot cracks will occur. The main reason is the uneven shrinkage of the formed parts. In the process of part filling, the distribution of die temperature field is not uniform, forming pressure ratio is low, and it can not effectively supplement, which will result in uneven shrinkage of parts after forming. Because of the thin wall thickness and good thermal conductivity of the workpiece in the tooth cavity, this part solidifies before the hot joint, which causes the workpiece to produce a large wrapping force on the tooth cavity core. In the process of core pulling, there will be a tensile stress. At the same time, because the sprue has solidified at this time, there will be a certain resistance effect on the core pulling direction of the workpiece. Compared with the front tensile stress, this resistance is a tensile stress in the opposite direction. If the action of these two tensile stresses is greater than that of the yield stress of the material at high temperature, the bucket tooth workpiece will be pulled away at the weak point, forming a hot crack, which is called shrinkage crack.