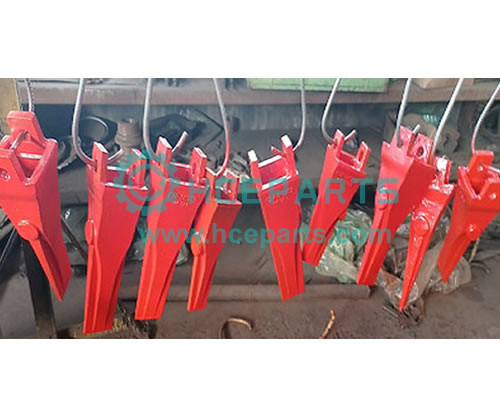 When the upper box and the lower box are combined, the sand core 9 is positioned and placed, after the upper box and the lower box are combined, a layer of quartz sand is spread on the top surface of the upper box, and the quartz sand layer plays a role in protecting the upper agricultural film 2 and preventing high-temperature molten metal from being scalded, so that the vacuum degree of the sand box is ensured, and the box collapse is avoided.
The upper box and the lower box are combined on the vibration casting platform, or can be placed on the vibration casting platform after combination, but the movement of two vacuum tubes is involved, the risk of crush is increased by multiple times of lifting, and the box combination operation is preferably carried out on the vibration casting platform. And (3) quickly pouring molten metal in a sand box in a vacuum state, starting a vibration motor when the pouring gate is full, and vibrating off the as-cast dendrite to form a core and refine as-cast grains under the high-frequency low-amplitude vibration of the molten metal. The vibration amplitude is not more than 5mm, and the vibration frequency is 50-100 HZ.
If the precoated sand is not well filled in the metal mold and the shell mold is defected in molding, the precoated sand is used for repairing after the metal mold is demoulded and before steel shots are added, so that the air leakage is ensured, and the thickness of the shell mold is reduced as much as possible. Therefore, the molding method hardly generates shell type waste products on the premise of greatly reducing the consumption of the precoated sand by reducing the wall thickness, so that the cost of the precoated sand material is greatly reduced.

When alloy steel metal liquid pours, get into bucket tooth casting die cavity through the ingate by runner 4, gating system’s shell mould thickness is thicker, can play the heat preservation effect, and the shell mould thickness of die cavity is thinner, and the shot that surrounds the die cavity can absorb heat fast, increases the super-cooled degree of metal liquid, is favorable to solidifying the nucleation, together with the vibration pouring, can reduce as-cast crystalline grain, avoids thick dendrite. And after the molten metal is solidified, stopping vibrating, and removing the vacuum from the upper box and the lower box. The sand box is wrapped by a quartz sand heat-insulating layer, and the bucket teeth are cooled slowly at a high-temperature solid state, so that cracks caused by temperature stress and tissue stress are avoided. Because the quartz sand has more heat storage, the heat-insulating layer can adopt other heat-insulating measures such as heat-insulating cotton and the like, and although the heat-insulating cotton has good heat-insulating effect, the material cost is higher.

The excavator bucket tooth produced by the molding and vibration pouring method has the advantages that the crystal grains are refined, the high-frequency quenching is carried out after the casting and cleaning, the annealing and tempering procedures are omitted, and the energy consumption of heat treatment is greatly reduced.