The idea of equipping an earth moving bucket with a series of projecting spears, to help penetrate, gouge and breakout the material in the digging process, is hardly a new concept, going back to the formative years of the mechanized equipment industry. The Otis Steam Shovel (1835), the grandfather of all mining and construction equipment, had teeth…as did the Bucyrus and Marion shovels that dug the Panama Canal at the turn of the last century. These teeth were generally of the forged uni-tooth one-piece design…and were riveted to the lip of the shovel, dredge and later drag-line buckets. They were installed on large machines, were themselves large and blunted easily. They therefore required considerable maintenance to maintain their shape and continual cutting-back and re-profiling to maintain an aggressive cutting action. Replacement was often and highly time consuming. Also of note…during this period, electric (arc) welding was in it’s infancy and build-up was difficult if not impossible and if attempted, required a craftsman.

Early in the 20th century we see the introduction of various types of two and three-part sacrificial tooth systems for these large diggers. Unfortunately they included elaborate and precise interlocking machine work, were generally retained to the shank by a bolt arrangement and were extremely expensive…certainly too expensive for the smaller diggers that were starting to enter the market.

In 1934 Chester C. Hosner and Ernie L. Launder invented and eventually received Patent # 2,124,230 for the DETACHABLE POINT FOR EARTH DIGGING TEETH. Operating as the H&L Tooth Company, they revolutionized the bucket tooth industry. The tooth group they invented included a tapered wedge shaped shank with a “matching” tapered “sacrificial tooth” (nothing new there), but was retained by denting the sides of the fabricated tooth into corresponding indents in the tooth base (shank). They had invented the first simple “crimp-on” tooth, which was easy to manufacture, substantially reduced the cost of the two-part tooth arrangement and allowed it to be used on, and importantly improved the performance of, the “smaller” shovels, drag lines, cable backhoes, ditchers and clamshells of the period. It was not fool proof, but it dug well and importantly, was very cheap …and the tooth could be removed and replaced with simple hand tools (hammer and chisel) and by most workmen.

With the introduction of the track loader by Tractomotive/Allis Chalmers and the wheel loader by Hough in the 1940’s the small to medium sized “digging” machine market and related bucket tooth market grew significantly larger. Stepping into this void and joining H&L would be an old-line foundry, the Electric Steel Foundry Company (EX), a new start-up Hensley Industries and the established bucket builders Hendrix, Bucyrus, Page, and Bofors…all designing their “own or updated versions” of their earlier or “competitors” two-part forged, cast or fabricated tooth group. The tooth war had started! The focus still remained on the retainer, which due to its “simple” design and the higher loads and stress on the tooth pocket and shank nose (no great engineering here) became very important. Most manufacturers used strictly steel on steel mechanical connection methods, either a simple single or double wedge design, which was tack welded (field nomenclature… the wack and weld system) or bent (bang & bend system) after installation…or in some cases they used a conventional or modified spring or roll pin. Major post WWII changes would include the first “resilient” retainers…EX’s compressible (rubber) plug and wedge lock system (patent # 2,483,032 called the Baer Tooth in the tooth industry) and H&L’s rubber bonded to steel “flex-pin” retainer (Patent # 2,768,075).

In the 50’s, 60’s and early 70’s we see the backhoe-loader, large loaders and excavator becoming prominent industry tools and the Interstate Highway System (the greatest public works project in history) driving the construction industry and in turn the tooth industry. Early in this period, the construction equipment OEM’s enter the growing and profitable, but unsophisticated, tooth business…generally buying patents and/or paying royalties to the independents and with very few patents of their own. With them comes the “build-for-price-point” concept and reliability and operational qualities suffer and teeth develop a commodity status. The independents (Esco, Hensley and H&L) continue to puke patents and remained the technical driving force behind the expanding tooth business. The vertical retainer (easy to install, but prone to “pop-out” under heavy load) and the horizontal retainer (hard to install, but with better load resistance) controversy begins. The mechanical steel on steel retaining methods begin to lose ground to some combination of rubber and steel…the flex-pin. Retaining hardware develops into a selling point…operating under the “better-mouse-trap” principle. Important changes in the “later part” of this period begin to re-focus on the tooth to shank configuration (simple straight-sided-taper vs. cone-curved-taper vs. twist-on-taper), better inter-fit between shank nose and tooth pocket, and importantly a return to cast or forged-in-place “interlocking surfaces” (tongues, ribs, mortise, etc.). The fit-up and interlock of tooth and shank shifts the load and shear forces “off” the retainer, reduces pocket and nose wear dramatically and finally…we see better metallurgy and in-turn wear life. The tooth business is beginning to get more sophisticated!

In the late 70’s, 80’s and 90’s the flex-pin, in its many styles and arrangements, becomes the dominant retainer. Highly engineered computer aided pocket shape and fit-up become the focus-of-design with coming to market with their helical-thread style (trade name SUPER V), H&L moving to a quadrilateral diamond shape and diagonal pin arrangement (trade name: RHOMBUS) and Hensley featuring a more rounded internally mortised pattern (trade name: PARABOLIC). These changes produce strength and ruggedness in a smaller package, plus the digging characteristics, penetration ability and “self sharpening” qualities of the tooth are also addressed thru computer aided designs. Productivity now become the buzz-word…the two-part tooth system had come-of-age.

The 21st century brings the introduction of the Hammerless tooth…removed with either a pry bar or wrench dependent upon the manufacturer. Within a decade, Hensley-Komatsu, EX-CAT, H&L, MTG and Deere all produce their own version of the hammerless tooth. Aftermarket hammerless conversions of “old” industry staples, the CAT J-Series and H&L 230-Series, become available. The locking mechanism now has two principal functions: (1) as always, to keep the tooth firmly against the shank/adapter as the tooth pocket and shank nose “wear”…and (2) to be easily removable, with simple mechanical hand tools, to speed replacement and rotation. The safety (?) of hammerless removal and installation becomes a selling point and the industry focus shifts back to the retainer.

So now we have added “easy to remove” to; penetration and productivity, self-sharpening, pocket wear resistance, impact ability, high consumption ratio and long wear life as the latest feature of the modern bucket tooth!

All these considerations trump “purchase price” as a decision factor in the selection of the correct tooth for a specific operation or application. As with all ground engaging tools, the money is in material moved and longevity of usage and not purchase price.

A slow starter, the hammerless tooth “appears” to be the future of tooth retention…and it also seems to have returned as the selling-point of “new” teeth, certainly until something new shows up! 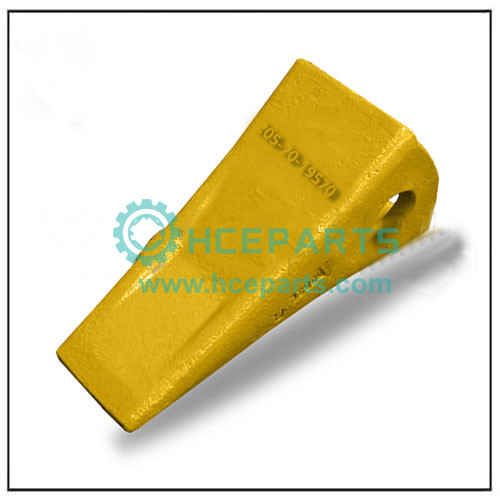 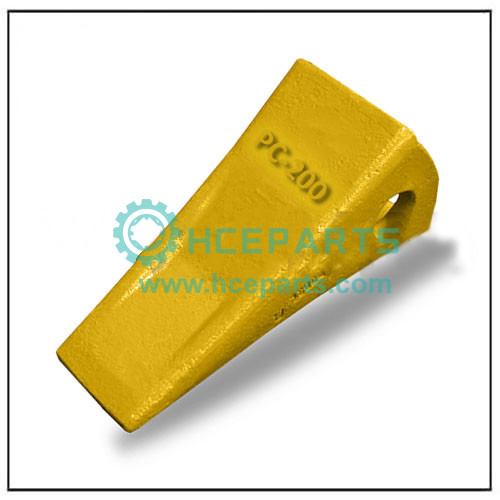 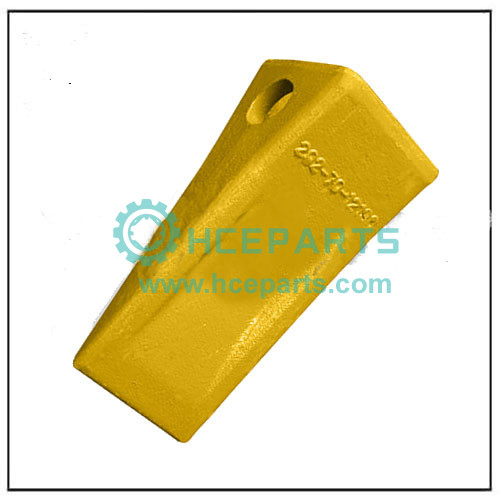 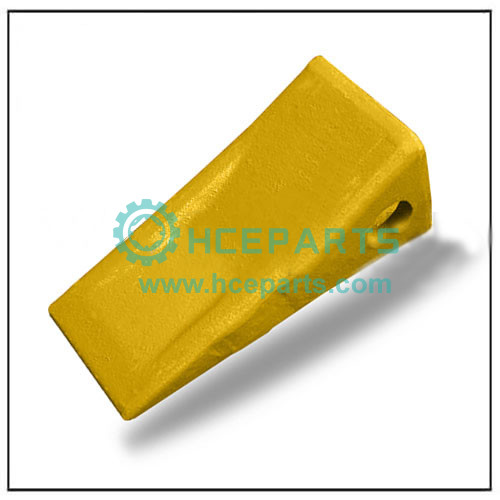